This is one of the cases involving the Malibu Media efforts to identify a "John Doe" defendant. In this case, the Court granted the subpoena to identify the potential defendant - By: Domingo J. Rivera 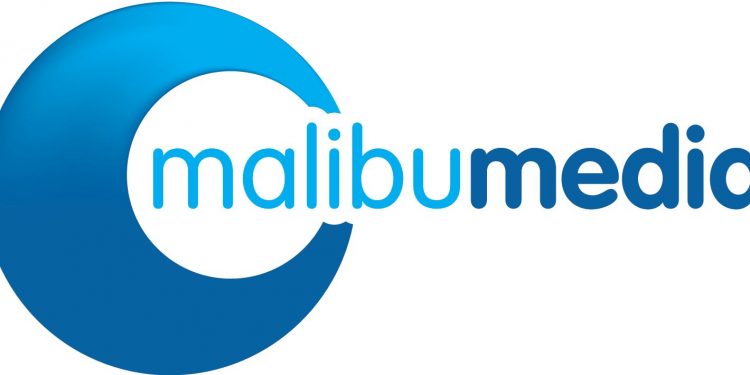 This is one of the cases involving the Malibu Media efforts to identify a “John Doe” defendant. In this case, the Court granted the subpoena to identify the potential defendant - By: Domingo J. Rivera

I. INTRODUCTION
Plaintiff Malibu Media, LLC (“Plaintiff”) filed a complaint against John Doe (“Defendant”) on July 24, 2016, alleging infringement claims pursuant to the United States Copyright Act of 1976. (Doc. 1.) Plaintiff claims Defendant is a persistent online infringer of Plaintiff’s copyrighted films. On September 28, 2016, Plaintiff filed a motion for leave to serve a third-party subpoena prior to a Rule 26(f) conference. (Doc. 8.) As Defendant has not yet been identified by name, no opposition was filed. Pursuant to Local Rule 230(g), the Court finds Plaintiff’s motion suitable for decision without oral argument, and no hearing on this matter shall
Page 2
be set. For the reasons discussed below, Plaintiff’s motion is GRANTED subject to the noted restrictions herein.
II. BACKGROUND
Plaintiff is a limited liability company that produces copyrighted adult films. Defendant is alleged to have used the BitTorrent file distribution network to download adult pornographic films subject to copyrights held by Plaintiff. Defendant has been identified in this lawsuit only by an Internet Protocol address (“IP Address”) assigned to a customer on a specific date by an Internet Service Provider (“ISP”) and through which the copyrighted works were allegedly downloaded.
BitTorrent technology has been described by several courts, including the district court in Malibu Media, LLC v. Doe, No. 15-cv-4369 (AKH), 2015 WL 4092417, *1-2 (S.D.N.Y. July 6, 2015):
BitTorrent is a peer-to-peer file-sharing protocol that allows users to transfer large files over the internet by breaking the complete file (the “Seed”) into small pieces to be downloaded in parts. Other users (“Peers”) downloaded a small “torrent” file that contains an index of the pieces and directions for connecting to the Seed. When Peers connect to the Seed, they download pieces of the file at random, and begin sharing each piece once it has completed downloading. After all the pieces are downloaded, the BitTorrent software reassembles the pieces into a complete file for the Peer to view.

BitTorrent is distinguishable from other file sharing protocols by its users’ ability to upload and download files simultaneously. This non-sequential download structure reduces the bottleneck of traffic, which allows for faster download speeds. The Peers that are uploading and downloading the same Seed file from each other at a given point in time are collectively called a “Swarm.” Members of a Swarm are able to see the IP addresses of other Peers to whom they are connected. In addition, BitTorrent “tracks” the pieces of a file as it is shared, so Peers can identify the IP addresses from which the file was downloaded.
Id. (citing Patrick Collins, Inc. v. Doe 1, 288 F.R.D. 233 (E.D.N.Y. 2012), Next Phase Distribution, Inc. v. John Does 1-27, 284 F.R.D. 165 (S.D.N.Y 2012), In re BitTorrent Adult Film Copyright Infringement Cases, 296 F.R.D. 80 (E.D.N.Y. 2012)).
Plaintiff has filed a motion for leave to serve a third-party subpoena prior to a Federal Rule of Civil Procedure 26(f) discovery conference, requesting permission to initiate discovery to identify the account subscriber associated with the IP Address used to download Plaintiff’s
Page 3
copyrighted films, notwithstanding the provision of Rule 26(d)(1) that precludes a party from seeking discovery from any source before the parties have conferred as required by Rule 26(f). Plaintiff contends a Rule 45 subpoena to the ISP must be permitted to obtain the identity of the customer assigned the IP Address on the dates1 in question to ascertain the identity of the person responsible for unauthorized downloading of the copyrighted works produced by Plaintiff. Plaintiff maintains there is no other way for it to obtain this information.
III. DISCUSSION
A. Legal Standard
Generally, a party may not conduct discovery before the parties have met and conferred pursuant to Federal Rule of Civil Procedure 26(f) “except in a proceeding exempted from initial disclosure under Rule 26(a)(1)(B), or when authorized by these rules, by stipulation, or by court order.” Fed. R. Civ. P. 26(d)(1). The Ninth Circuit has held that when a defendant’s identity is unknown at the time the complaint is filed, a court may grant the plaintiff leave to take early discovery to determine the defendant’s identity “unless it is clear that discovery would not uncover the identit[y], or that the complaint would be dismissed on other grounds.” Gillespie v. Civiletti, 629 F.2d 637, 642 (9th Cir. 1980). District courts in the Ninth Circuit have permitted expedited discovery prior to the Rule 26(f) conference upon a showing of “good cause.” See, e.g., In re Countrywide Fin. Corp. Derivative Litig., 542 F. Supp. 2d 1160, 1179 (C.D. Cal. 2008) (citing Semitool, Inc. v. Tokyo Electron Am., Inc., 208 F.R.D. 273 (N.D. Cal. 2002)). “Good cause exists where the need for expedited discovery, in consideration of the administration of justice, outweighs the prejudice to the responding party.” In re Countrywide Fin. Corp. Derivative Litig., 542 F. Supp. 2d at 1179 (citation and quotation marks omitted).
B. Plaintiff Has Established Good Cause to Serve a Third-Party Subpoena
District courts within the Ninth Circuit have typically found good cause supporting early or expedited discovery in cases where the plaintiff alleged copyright infringement accomplished through distribution of the work over a peer-to-peer network, and where the plaintiff sought early
Page 4
discovery to obtain the identities and contact information of the alleged infringers from associated ISPs. See, e.g., Berlin Media Art E.K. v. Does 1 through 146, No. S-11-2039 KJM GGH, 2011 WL 4056167, at *2 (E.D. Cal. Sept. 12, 2011) (unpublished) (granting leave to serve Rule 45 subpoena to identify doe defendant); Malibu Media, LLC v. John Does 1-10, No. 2:12-cv-3623-ODW (PJWx), 2012 WL 5382304 (C.D. Cal. June 27, 2012).

In such cases the traditional reluctance for permitting filings against John Doe defendants or fictitious names and the traditional enforcement of strict compliance with service requirements should be tempered by the need to provide injured parties with a[] forum in which they may seek redress for grievances. However, this need must be balanced against the legitimate and valuable right to participate in online forums anonymously or pseudonymously. People are permitted to interact pseudonymously and anonymously with each other so long as those acts are not in violation of the law. This ability to speak one’s mind without the burden of the other party knowing all the facts about one’s identity can foster open communication and robust debate. Furthermore, it permits persons to obtain information relevant to a sensitive or intimate condition without fear of embarrassment. People who have committed no wrong should be able to participate online without fear that someone who wishes to harass or embarrass them can file a frivolous lawsuit and thereby gain the power of the court’s order to discover their identity.
Columbia Ins. Co. v. seescandy.com, 185 F.R.D. 573, 578 (N.D. Cal. 1999). As it pertains to copyright infringement cases involving the internet, many courts have documented growing concerns about “copyright trolls,” “roughly defined as plaintiffs who are more focused on the business of litigation than on selling a product or service or licensing their [copyrights] to third
Page 5
parties to sell a product or service.‘” Malibu Media, LLC, 2015 WL 4092417, at 2 (quoting Matthew Sag, Copyright Trolling, An Empirical Study, 100 Iowa L. Rev. 1105, 1108 (2015)).
“The paradigmatic troll plays a numbers game in which it targets hundreds or thousands of defendants, seeking quick settlements priced just low enough that it is less expensive for the defendant to pay the troll rather than defend the claim.” [Matthew Sag, Copyright Trolling, An Empirical Study, 100 Iowa L. Rev. 1105, 1108 (2015)]. The lawsuits most frequently target anonymous John Does for alleged infringement related to the use of BitTorrent. Indeed, of “the 3,817 copyright law suits filed in 2013, over 43% were against John Does and more than three-quarters of those related to pornography.” Id. at 1108-09. But almost none ever reaches a hearing. Rather, the “lawsuits are filed to take advantage of court ordered discovery [under Fed. R. Civ. P. 26(d)] to break the veil of anonymity that separates IP addresses from the account information of actual human beings.” Id. at 1109; see also Digital Sin, Inc. v. Does 1-176, 279 F.R.D. 239, 241 (S.D.N.Y.2012). They then use this information to quickly negotiate settlements on mass scale without any intention of taking the case to trial. [footnote omitted] See, e.g., Media Prods., Inc., DBA Devil’s Film v. John Does 1-26, No. 12-cv-3719, at 4 (S.D.N.Y. June 18, 2012) (explaining that the settlements in these BitTorrent cases are “are for notoriously low amounts relative to the possible statutory damages, but high relative to the low value of the work and minimal costs of mass litigation. Cases are almost never prosecuted beyond sending demand letters and threatening phone calls.”).
Malibu Media, LLC, 2015 WL 4092417, at 2.
The danger of copyright trolls is particularly acute in the context of pornography. In these cases, “there is a risk not only of public embarrassment for the misidentified defendant, but also that the innocent defendant may be coerced into an unjust settlement with the plaintiff to prevent the dissemination of publicity surrounding unfounded allegations.” Media Prods., Inc., No. 12-cv-3719, at 4; see also Malibu Media, LLC v. Does 1-5, No. 12-cv-2950 (JPO), 2012 WL 2001968, at 1 (S.D.N.Y. June 1, 2012) (“This Court shares the growing concern about unscrupulous tactics used by certain plaintiffs, especially in the adult film industry, to shake down the owners of specific IP addresses from which copyrighted adult films were allegedly downloaded.”).
The abuses of Malibu Media in particular have been discussed by a court in the Southern District of New York:
However, Malibu’s corporate strategy relies on aggressively suing for infringement and obtaining accelerated discovery of the IP address holder’s identity from the ISP. It then seeks quick, out-of-court settlements which, because they are
Page 6
hidden, raise serious questions about misuse of court procedure. Judges regularly complain about Malibu. For example, in May, Judge Timothy Black of the Southern District of Ohio surveyed some of Malibu’s questionable conduct in litigations across the country. See Order to Show Cause, ECF Doc. No. 15, Malibu Media, LLC v. Ryan Ramsey, No. 14-cv-718 (S.D. Ohio May 26, 2015). He found that, while “Malibu Media asserts that it is necessary to invoke the Court’s subpoena power to propound discovery in advance of a Rule 26(f) conference’ … [,] not a single one of these 60 cases [filed in this district over the previous 12 months] has even progressed to a Rule 26(f) conference.” Id. at 5. Indeed, most are dismissed even without the issuance of a summons. Id. Malibu’s motive is to use the federal courts only to obtain identifying information in order to coerce fast settlements. Id. at 8 (citing Malibu Media, LLC v. Does 1-54, No. 12-cv-1407, 2012 WL 303[03]02, at 5 (D. Colo. July 25, 2012); Malibu Media, LLC v. Does, 923 F. Supp. 2d 1339, 1345-46 (M.D.Fla.2013)).

Malibu effectuates its strategy by employing tactics clearly calculated to embarrass defendants. For example, in recent complaints filed in the Wisconsin federal courts, an attached “Exhibit C” listed additional pornographic videos downloaded to the defendants’ IP addresses using BitTorrent. The titles in Exhibit C were extremely racy and lewd, and the district court sanctioned Malibu when it learned that Malibu did not even own the copyrights for the titles; rather, it had gratuitously listed them to coerce larger, faster settlements by further shaming defendants. See Malibu Media LLC v. John Doe subscriber assigned IP address 24.183.51.58, 2013 WL 4821911 (W.D. Wis. Sep. 10, 2013); Malibu Media, LLC v. Doe, No. 13-cv-536, 2013 WL 6579338, at *4 (E.D. Wis. Dec. 12, 2013).