As part of many Internet defamation cases, parties find the need to move to quash a subpoena. Sometimes a non-party Internet Service Provider (ISP) also needs to move to quash the subpoena based on various grounds. That was the case here with Verifone. 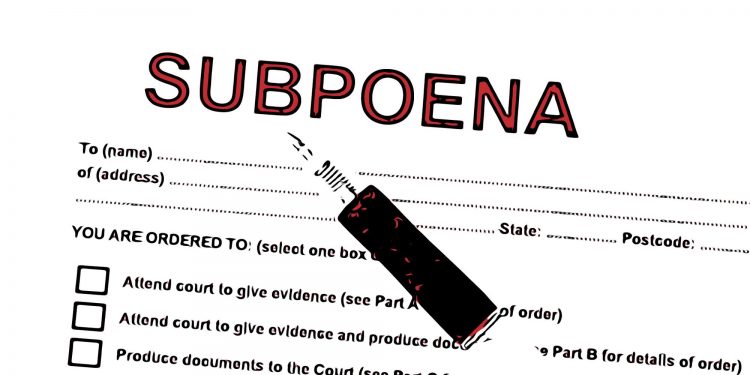 As part of many Internet defamation cases, parties find the need to move to quash a subpoena. Sometimes a non-party Internet Service Provider (ISP) also needs to move to quash the subpoena based on various grounds. That was the case here with Verifone. The opinion follows.

I. INTRODUCTION
Before the Court is non-party Verifone, Inc.’s (‘Verifone’) Motion to Quash Gesten’s Subpoena for Deposition of Verifone, Inc. (Dkt. No. 1) and Ryan Gesten’s Motion to Transfer NonParty Verifone Inc.’s Motion to Quash Subpoena to Southern District of Florida (Dkt. No. 13). Having considered the parties’ moving papers, declarations, and exhibits as well as the parties’ arguments at the hearing on July 17, 2018, for the reasons set forth below, the Court (1) DENIES Verifone’s motion to quash the subpoena without prejudice, (2) DENIES Mr. Gesten’s motion to transfer the motion to quash, and (3) STAYS Verifone’s compliance with the subpoena pending further ruling from the Court.
II. BACKGROUND
A. Non-Party Subpoena to Verifone
Ryan Gesten is the plaintiff in an action pending in the Southern District of Florida against Burger King Corporation (‘Burger King’) for violation of the Fair and Accurate Credit Transactions Act (‘FACTA’). Gesten v. Burger King Corp., Case No. 18-20450-Civ-Altonaga (S.D. Fla.) (‘the underlying action’). FACTA prohibits retailers or merchants from printing more
Page 2
than the last five digits or the expiration date of a credit or debit card number on any receipt provided to the cardholder at the point of sale or transaction. 15 U.S.C. ? 1681c(g)(1).
Non-party Verifone reportedly provides software and hardware devices used in credit/debit card transactions, including the printing of receipts. See Dkt. No. 2, Ex. A at 8-9. Verifone is headquartered in San Jose, California, within the Northern District of California. Dkt. No. 1 at 3. On May 18, 2018, Mr. Gesten served a subpoena on Verifone seeking deposition testimony about the Verifone software and devices used at Burger King restaurants, including the software configuration and update processes, the interface between Verifone and Burger King’s devices, and any communications between Verifone and Burger King relating the alleged FACTA violation. Dkt. No. 2, Ex. B at 16-17. The subpoena identifies San Jose, California as the place of compliance. Id. at 13.
On May 25, 2018, Verifone moved to quash the subpoena, arguing that: (1) the subpoena is invalid because the issuing court, the Southern District of Florida, lacks subject matter jurisdiction because Mr. Gesten failed to adequately plead a concrete injury and thus lacks Article III standing, and (2) the subpoena demands compliance within 11 days and thus fails to allow reasonable time to comply.1 Dkt. No. 1 at 5-8. Mr. Gesten opposed the motion to quash on the ground that he had suffered concrete injuries that gave him standing, namely: (1) he was deprived of his substantial FACTA rights, (2) he was exposed to the risk of identity theft, (3) his privacy interests were breached by exposing his account information to the Burger King cashier, (4) he had to take additional action to secure the non-compliant receipt to avoid further disclosure of his credit card information, and (5) his privacy interests were harmed. Dkt. No. 21 at 6-13.
On June 11, 2018, Mr. Gesten filed a motion to transfer Verifone’s motion to quash pursuant to Fed. R. Civ. P. 45(f), arguing that exceptional circumstances favor transfer because the Southern District of Florida had already found standing to sue in other FACTA cases with similar facts, and because transfer was necessary to avoid conflicting rulings regarding standing. Dkt. No.
Page 3